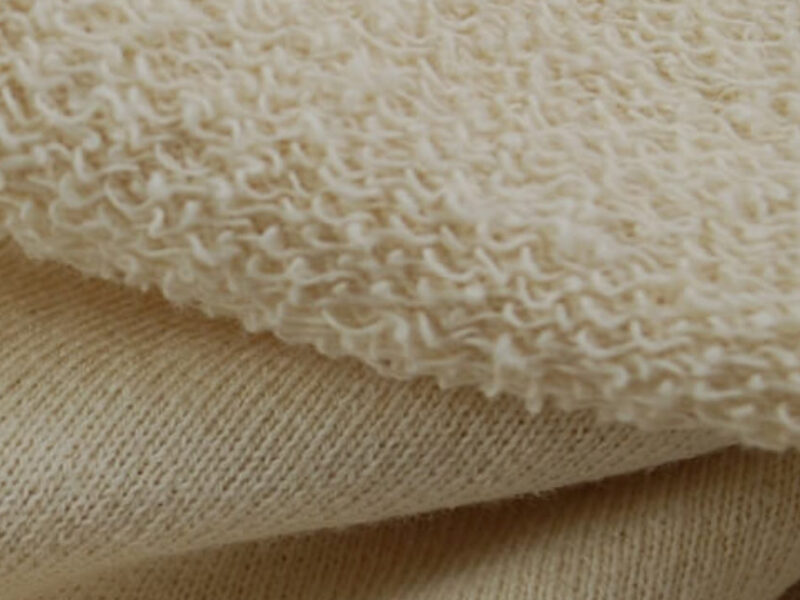 We all must have heard about the terry cloth, but we probably do not know what exactly the fabric is like. For all the fabric lovers, especially those who pay attention to the type and quality of towels, it is useful to know about the terry cloth. Terry cloth was first mass-produced in England in the 19th century and slowly became a rage all over the world.The word Terry is derived from ‘tirer’- a French word and means a type of weave. Terry is almost used synonymously with towels as it is primarily used in the making of towels. Towels, as we know, are used to dry our bodies after a bath. So let us know and understand the terry cloth, which is a fundamental part of our lives, in detail.

What is Terry Cloth?

As we know, there are different types of fabrics available in the market today. One such fabric that is mostly used in towels is called the terry cloth. The terry cloth bars a feathered appearance due to the tiny rings that form the surface of the terry cloth.

This fabric is absorbent and hence is used in making towels, bathrobes and napkins. The bathrobes give us a smooth experience after bathing as it dries the after from your skin completely in the gentlest manner.

Two characteristics of terry cloth that make it useful are its softness and absorbency. Terry cloth can be made by using a variety of materials. Although the terry cloth is generally made of cotton, other natural fibres like silk, linen and bamboo are also used in its production. One of the finest terry cloth is one, which is made of Turkish cotton. This is because they are of the top-rated quality, long-lasting and absorbent.

Reasons why you should Prefer Terry Cloth?

Towels and bathrobes made of terry cloth provide the best comfort to the user as it is highly absorbent and has a soft and smooth texture. Moreover, French Terry cloths are highly durable as such; you can use it for many years. Even after several washes, the fabric retains its quality and softness. On the contrary, towels that are made from fabrics other than terry cloth are stiff and likely to irritate the skin when they come in contact. French terry cotton cloth towels and bathrobes are so comfortable that you would like to use it for a longer period after bathing.

Where Can You Buy robes made of terry cloth?

Now that we have understood what a terry cloth is, the next question that comes to our mind is how to get these towels? There are many products made in terry cloth fabric that is available on the textile market. However, you must choose a quality brand, which is renowned and reliable. Find towels and robes that can meet your specific need and choice so that you have the best experience with the terry cloth.

We hope the above information on terry cloth will give you a better understanding of the fabric.